North Dakota's a long way from Wuhan, China. But our friend Wes has been seeing more and more customers wearing masks in the local Walmart. He says he's going to start telling them "to calm down." Thinking of how fear can spook the stock market, he commented, "Then I'm going to thank them for destroying my 401(k)." 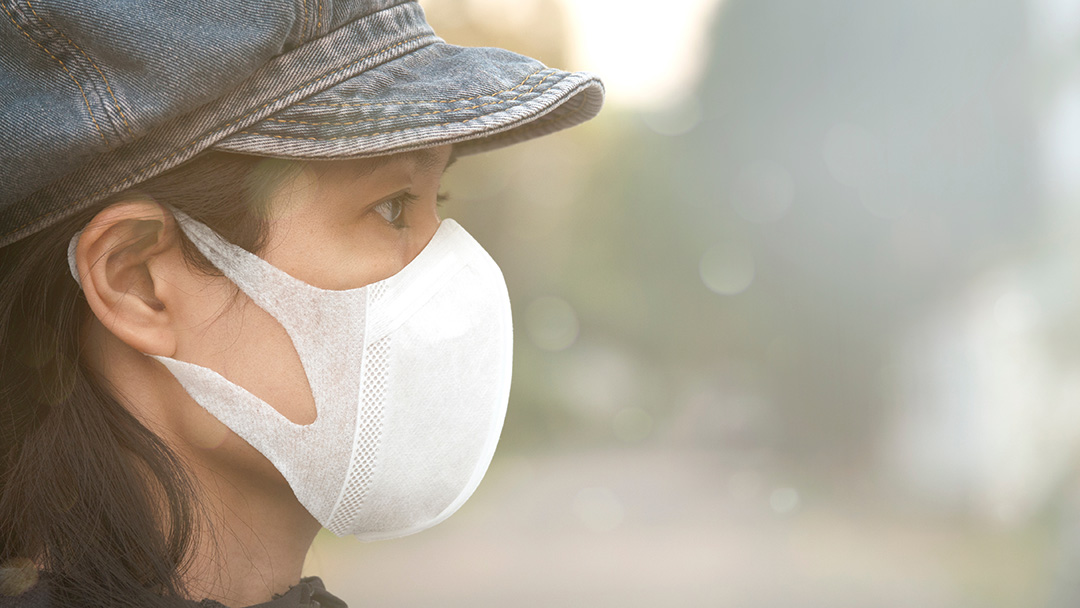 Okay, not a recommended response to the coronavirus crisis. But it's definitely a reflection of the increasing fear a lot of folks are feeling right now. And the stunning impact this virus is having all over the world.

And that's just a few weeks into the threat! Increasingly, there are huge questions about supply line interruptions in everything from manufacturing to medication. And how America's thriving economy could be affected. And elections. And transportation. And, of course, avoiding the virus' growing tentacles.

Pandemic, some are calling it. But beyond any medical pandemic is another pandemic. Fear. On social media, on TV - even in a North Dakota store.

But the anxiety thing is bigger even than the coronavirus scare. I just returned from meetings with leaders of major Christian mission organizations. People with their finger on the pulse of people and places around the world.

And the recurring observation was, "The nations are being shaken." From the Hong Kong crisis to riots in India to resurgent anti-Semitism to political upheaval in countries around the globe. And now the ominous cloud of coronavirus hanging over millions of us.

So many unknowns. So many disturbing possibilities. And, yes, so much fear. Precautions are good. Panic and paralysis aren't. But that is often where fear takes us.

Back in 1993, on the morning after that first bombing at the World Trade Center, I was on the early morning flight from New York to Cleveland. We were greeted by a gaggle of reporters, one of whom stopped me and asked how people were feeling. Without any time to think about it, only one word came to mind. "Vulnerable. We feel vulnerable."

I think that's how many of us are feeling in a world that's "shaking." And it's more than a feeling. We really are vulnerable. Look at what happens when there's just an extended power outage, for example. And with our pervasive dependency on technology, what happens if there's a cyber meltdown or attack? It wouldn't take long to make a list of our many vulnerabilities.

I've made too many mistakes in my life because of fear. That's why I'm challenged by what I learned is the most repeated command in the world's best-selling book, the Bible.

Really? With runaway viruses...metastasized terror threats...financial and political storm clouds...mass shootings...and even personal crises like a doctor's bad news - so many unsettling possibilities.

Is it reasonable to ask us to "not be afraid"? Not if our security is something vulnerable. Something "loseable."

The financial meltdown of 2008 led me to a provocative question Scripture raises to God-believers: "When the foundations are being destroyed, what can the righteous do?" Foundations. Things you thought you could count on - caving in. So what's the answer? It's in the next verse.

In three different life-threatening airline emergencies, I've experienced what I can only describe as a supernatural peace. Years ago, when the doctor came to the waiting room and told me my beloved Karen was "Code Blue," I desperately did not want to lose her. But again, that humanly unexplainable peace was there.

Because my Anchor held. In the Bible's words, "Nothing in all creation will be able to separate us from the love of God that is in Christ Jesus our Lord" (Romans 8:39). That's my anchor. The one Relationship that is disease-proof, disaster-proof, death-proof. A love I don't deserve but I cannot lose. A love dramatically proven when Jesus died on a cross to absorb the awful penalty for me rejecting God's rule of my life. If He didn't turn His back on me when He was dying for my sin, He never will. And His resurrection three days later more than validated His power to beat even death. That's an anchor that holds.

Several years ago when monster tornadoes tore through Oklahoma, a mother and her daughter barely got the door on their safe room closed in time. Some time later they dared to venture out - only to find their house was no more. They lost a lot. But they were okay because they had one place that could survive the storm.

Millions have found that in Jesus. I'm one of them.